INDEX CARD OF THE OCTOPUS 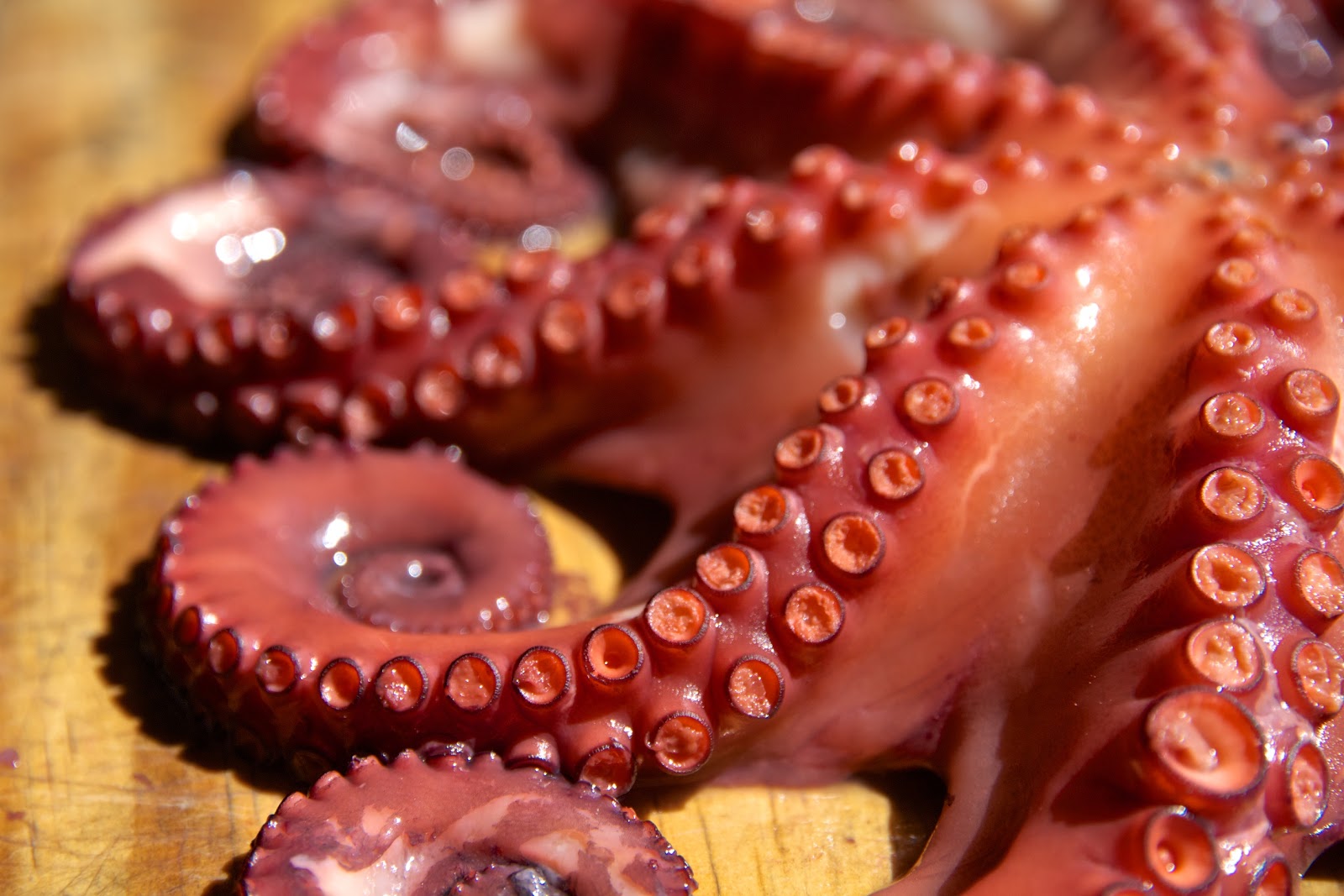 Characteristics:The octopus is a marine mollusc. The molluscs are animal marine invertebrates, that is to say without dorsal spine, that find nude, or protected by a shell, have the soft body and characterise by the bilateral symmetry. They exist roughly 100.000 living species of molluscs between which finds The Octopus.

This mollusc consists of 8 arms that are perhaps the most striking of him. Each arm has numerous sticky suckers, each arm connects with the brain that is the one who gives him order them ; all these arms afterwards converge in the part of the body, where finds the head, with the mouth, the eyes, the cerbero and llamativamente three hearts. The reason of this last is that two of these three hearts pump blood to the branchias, whereas the third does it to the rest of the body.
In his dorsal part find the visors as well as the characteristic ink of this mollusc that employs to escape of his predatory. This is what calls Retropropulsión, since to escape escupe big quantity of water what allows him escape velozmente, generating a cloud of water and ink.
They are able to change of form and of colour, depending on his state and use it like a form to warn of his predatory.
They arrive to measure a metre and half and weigh roughly some 15 kilograms.
The octopuses are animal that characterise by the big development of his senses, of all they, less than the hearing. Besides they are very intelligent and known by his capacity of learning, because of the high development of his nervous system.

Hábitat:Generally they find  hid between holes of rocks or demolitions.

Feeding:The Octopus is a carnivorous animal that feeds of some fishes and small crustaceans as well as also of seaweeds.

To be able to feed surfaces in some cases on the surface of the earth, and moves his arms to way of worm to attract to small molluscs and crustaceans. Another of the forms of hunting is directly glide on his prey and sink his head, precisely his mouth that has form of beak, inside the shell of animal

Reproduction: It calls  hectocotylus, to the third arm of the male octopus, that is in reality his organ reproductor. To reproduce , the male places this arm in the call cloaca of the female, entering like this the espermatóforos. Afterwards of the fecundación the female hangs his eggs inside some cave in shape of pendant. It can arrive to put 150.000 eggs. While the eggs eclosionan, the female cuidar them without feeding , and afterwards of a month, moment in which they are born the new octopuses, this female dies owing to the hunger.

Nutritional value: By each 100g.